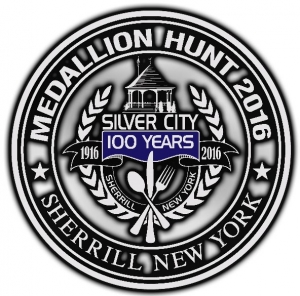 The City of Sherrill hosted two medallion hunts as part of Sherrill’s 100th Anniversay celebrations.  Thank you to Tim Geroux for sharing the idea, coming up with the clues, and hiding the medallions!

Both Medallions have been found! Scroll down to see the winners from both hunts and read all of the clues and to try to figure out where the medallions were hidden.  The hiding places will be revealed Friday July 29 at the Opening Ceremony at 5pm in front of the CAC!

Congratulations to the Makarchuk Family and Aunt Kim! 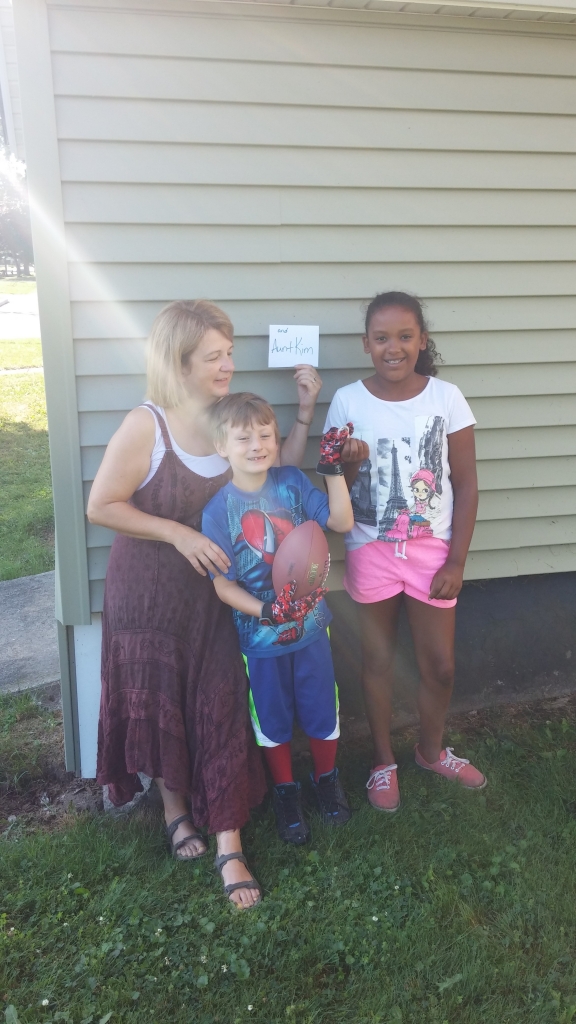 The medallions for both hunts were donated by Silver City Pewter and a replica was hidden outdoors on public property.  No trespassing on private property, climbing or scaling was necessary and searchers did not need to dig up the ground.  The hiding place was selected with consideration given to safety and accessibility.  The person that found the replica of the medallion was asked to contact City Hall, 363-2440, as soon as possible and will be given the 2016 Silver City Medallion to keep!  A clue was posted each day below and on the City of Sherrill Facebook page.

We’ve hidden one again.
People will be searching day and night.
The lucky one that finds the medallion,
Will be known as clever and keenest of sight.

Clue # 1
As you start the quest,
Some wisdom we’ll impart
You won’t find the prize in a private home.
Just like before, public land is the place to roam.

An open structure used for relaxing, It provides cover from the summertime heat.

Bands have been known to play there,  A spot where photographers and couples meet.

Reilly-Mumford Park was a good guess,

Local events there were euphoric,

But history reflects that Sherrill had another gazebo,

found on another site, just as historic.

In this place, a sign suggests that he once played on these grounds

A unique tale about the Sultan of Swat

Only a little bit further,

and you’ll be at the hiding spot.

At this stage, the clues have been friendly to you.

On this property a great barn once stood,

The CAC property is where you want to be

“Sternbergs light the path, so pick up the pace

Towards the back you must go,

And find the secret hiding place.

Congratulations to Emma Falkenmeyer and Will Griffith for finding the first medallion!

Read the clues below and try to figure out where it was hidden! 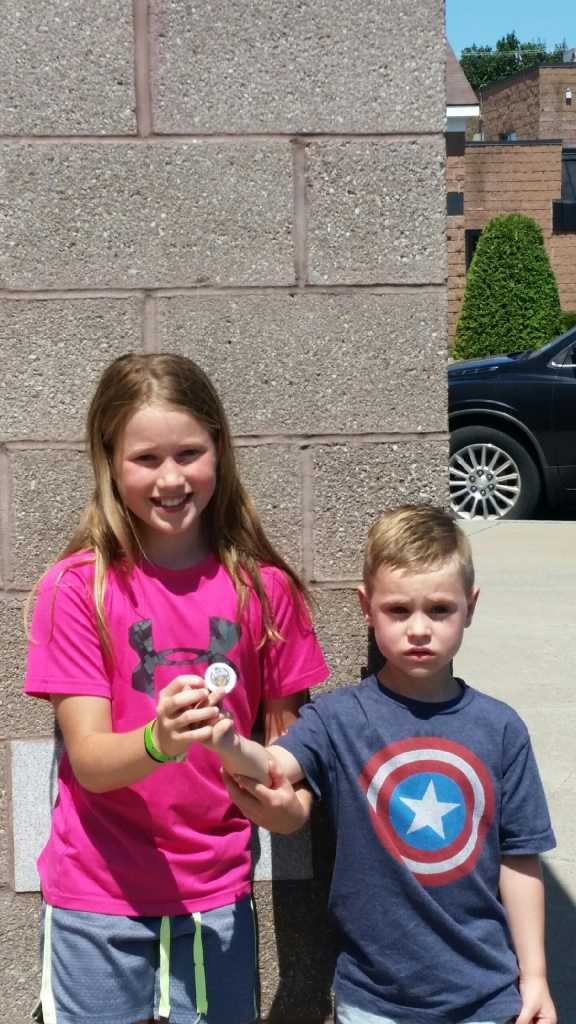 Clue #1- The medallion has been hidden. The hunt is underway.
Look for one of these- There are several around town, One for Harry Rosbrook, One for Chester A. Brown

Clue #2- Post 230 is in the immediate vicinity, But this is not the place.
Head to the other side of town, And continue the medallion race!

Clue #3- A house for officials, They serve us each day
Say hello if you see them, But then be on your way

Clue #4-  Your instinct leads you closer, Though you need to follow the law
The prize is not at the Police Station, And not City Hall

Clue #5- For some the search will be simple, It will be done with ease
Like the old saying goes, It’s like walking in one of these

Clue #6- There’s many a place, To relax in the summer sun

For organized sports, And with room to run

These were the remaining clues that would have been posted:

Many are out searching

There are several parks around town

Rule out Wilber and Noyes

The name Decker will narrow it down.

Do not get discouraged

We bring you the next clue

There is a spot here for kids to cavort

Within steps, the medallion may be waiting for you

This will be the closest you’ve been to date

Search all day but home before ten

Or you’ll be there too late!

Be sure to stay cool in sweltering heat

The prize is only steps away

But to win, look underneath